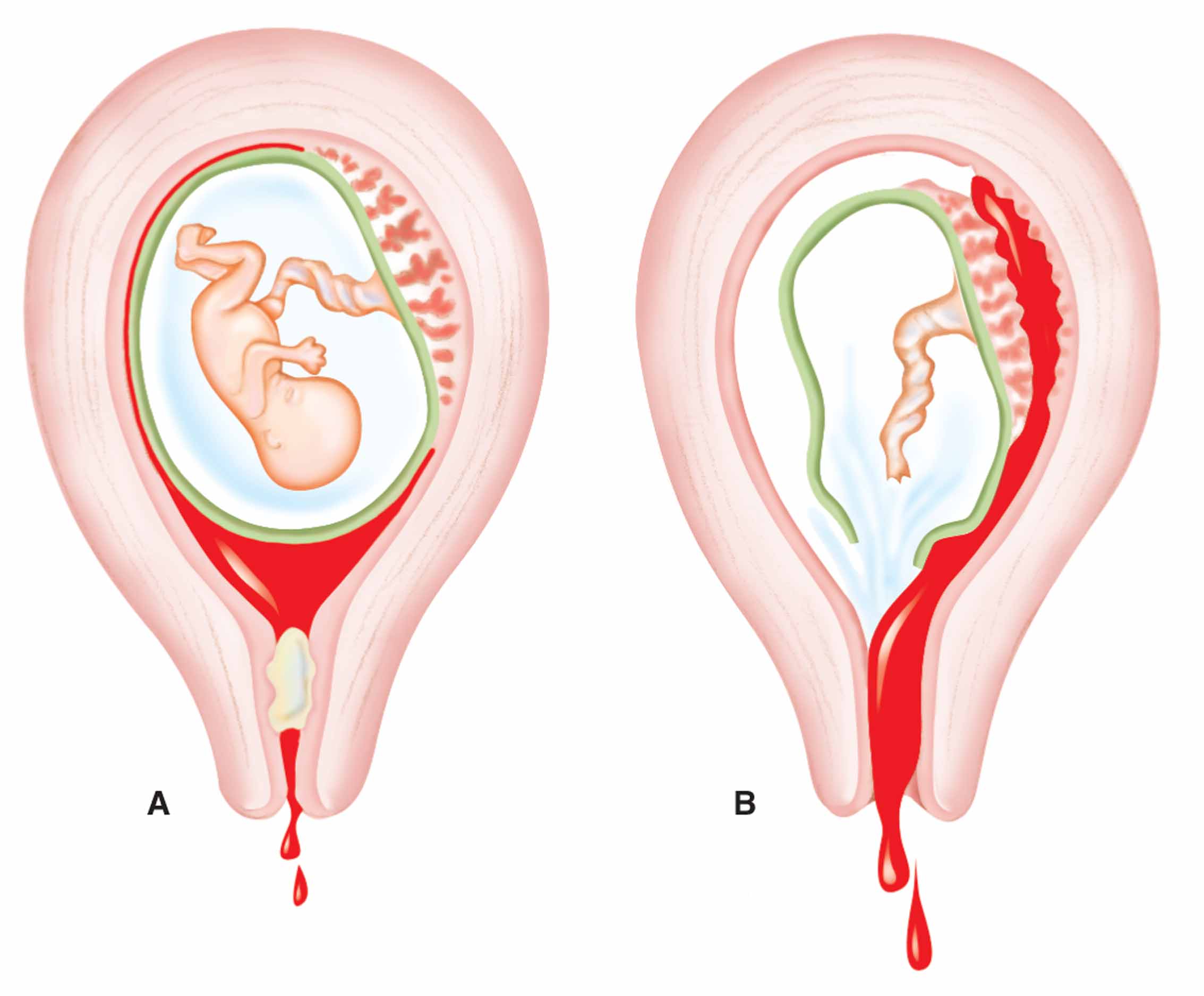 Definition: is when all the contents are expelled. It is called complete abortion.

Clinical features:  There is history of expulsion of a fleshy mass per vaginam followed by:

Definition: when the entire products of conception are not expelled, instead a part of it is left inside the uterine cavity, it is called incomplete abortion.

Is name given to abortion where the uterus retains part or the entire placenta. Bleeding may occur because part of the placenta may adhere to the uterine wall and the uterus does not contract to seal the large blood vessels that feed the placenta.

History of expulsion of a fleshy mass per vaginam followed by:

(1) Continuation of pain in lower abdomen, colicky in nature, although in diminished magnitude.

(3) Internal examination reveals- (a) uterus smaller than the period of amenorrhoea. (b) patulous cervical os often admitting the tip of the finger and (c) varying amount of bleeding.

(4) on examination the expelled mass is found incomplete.

The products left behind may lead to – (1) profuse bleeding (2) Sepsis (3) placental polyp and (4) rarely choriocarcinoma.

In recent cases – the same principles are followed as that of inevitable abortion. It is emphasized, that the patient may be in a state of shock due to blood loss. She should be resuscitated before any active treatment is undertaken.